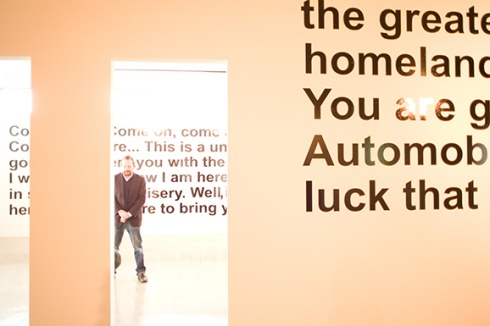 Transmedia journalism is designing a project to unfold across multiple media in an expansive rather than repetitive way. In the movie and music industries much of a transmedia story may be told in a film or on an album. But a series of interconnected stories or pieces of context may be told through games, comics, novels, Web media, fan fiction and even amusement parks. Those other pieces expand rather than repeat the story.

A transmedia project explores a space that contains multiple characters who can each tell multiple stories. It’s a space that you can draw a border around, like Batman’s Gotham City or that galaxy far far away. In journalism this could be a physical space like a neighborhood, a social space like a community, or an issue space like immigration or climate change. It could also be an ongoing beat topic, like state government.

The interconnected stories from that world take advantage of the different forms media can take. These include text, audio, video, game and interactive forms, graphic nonfiction, physical artifacts, lectures and many others. These ‘languages’ tell stories in unique ways. Stories from our world should use the media form that best fits the way an individual story in our world should be told. Nearly any media form can tell a good journalistic story if we use our usual forethought and ethical rigor.

Those forms can all be distributed in multiple ways. Text, for example, can be published by newspapers, magazines, the Web, or even sidewalk chalk and sky writing. These are media channels, or connection points with an audience. As we take advantage of the media forms above, we want to take advantage of the many ways we can reach varying audiences. For example, regular newspaper readers differ from gamers in where and how they can be found. Here we decide who it is important to reach, and place media to find those audiences. Journalism options include various print media, television, radio, museums, lectures, game consoles, public projections, billboards or any other means for the stories to be seen. Nearly any media channel could be used to tell a journalistic story. Websites and mobile apps are powerful channels as they can display many of the forms listed above. But they are each only single media channels with particular audiences. They alone don’t answer all our needs.

By telling interconnected stories we can embrace the nuance and complexity that exists in any story world. Through multiple forms we can engage the different parts of our story-loving brains. By distributing them across varying channels we can target the audiences that really matter.

Transmedia Journalism as a Post-Digital Narrative

My new technical report, issued by the University of Colorado Boulder’s ATLAS Institute, is now available. The paper extensively discusses the differences between media form and media channel in building a transmedia journalism story world.

This paper examines the emergent entertainment and advertising technique of transmedia storytelling as a method for journalists to target their work to an increasingly dispersed public across an unlimited array of both digital and analog media. In doing so, I argue, journalists can better reach a relevant and decisive public with more engaging, complex and nuanced stories. I will examine the elements of transmedia storytelling, and discuss how different parts of its method have been used in two journalistic cases. I will conclude with a hypothetical example of how it might be used to fullest effect.

To obtain the full document, send an e-mail to vickie.stubbs@colorado.edu.